Archie Wills was born and raised in the Spring Ridge area of the Fernwood neighbourhood of Victoria, British Columbia. Wills worked as a journalist for much of his life; it is evident that his vocation stayed with him when he made the transition to soldier during the First World War.

Wills attended the Spring Ridge School and Victoria High School. He left his studies at 15 to pursue his dream of working in journalism.

He began his newspaper career with the Victoria Daily Times, covered various beats, and held the position of Marine Editor prior to enlisting the First World War. He eventually became Managing Editor in 1936, a position he held until his retirement in 1951.  Wills is known for popularizing the story of the local sea serpent, Oak Bay's Cadborosaurus.

Following his retirement, Wills continued to contribute stories to the Victoria Times and Daily Colonist newspapers until the 1980s.

Wills was also active in local politics, serving on the Victoria City Council from 1934 to 1944 and as Acting Mayor during his last three years on Council.

After much consideration and deliberation I came to the conclusion that I should join the army and do my bit.

Wills enlisted with the 58th Battery, Canadian Forces Artillery in 1916.

"I am to join the Fifth Regiment, C.S.A Canada's crack artillery regiment and will report at my headquarters, Macaulay Point, on Feb 1, 1916.

I proceeded to report and had a hard tramp of about two miles to barracks. It was snowing hard and there was over two feet of snow without any trail." 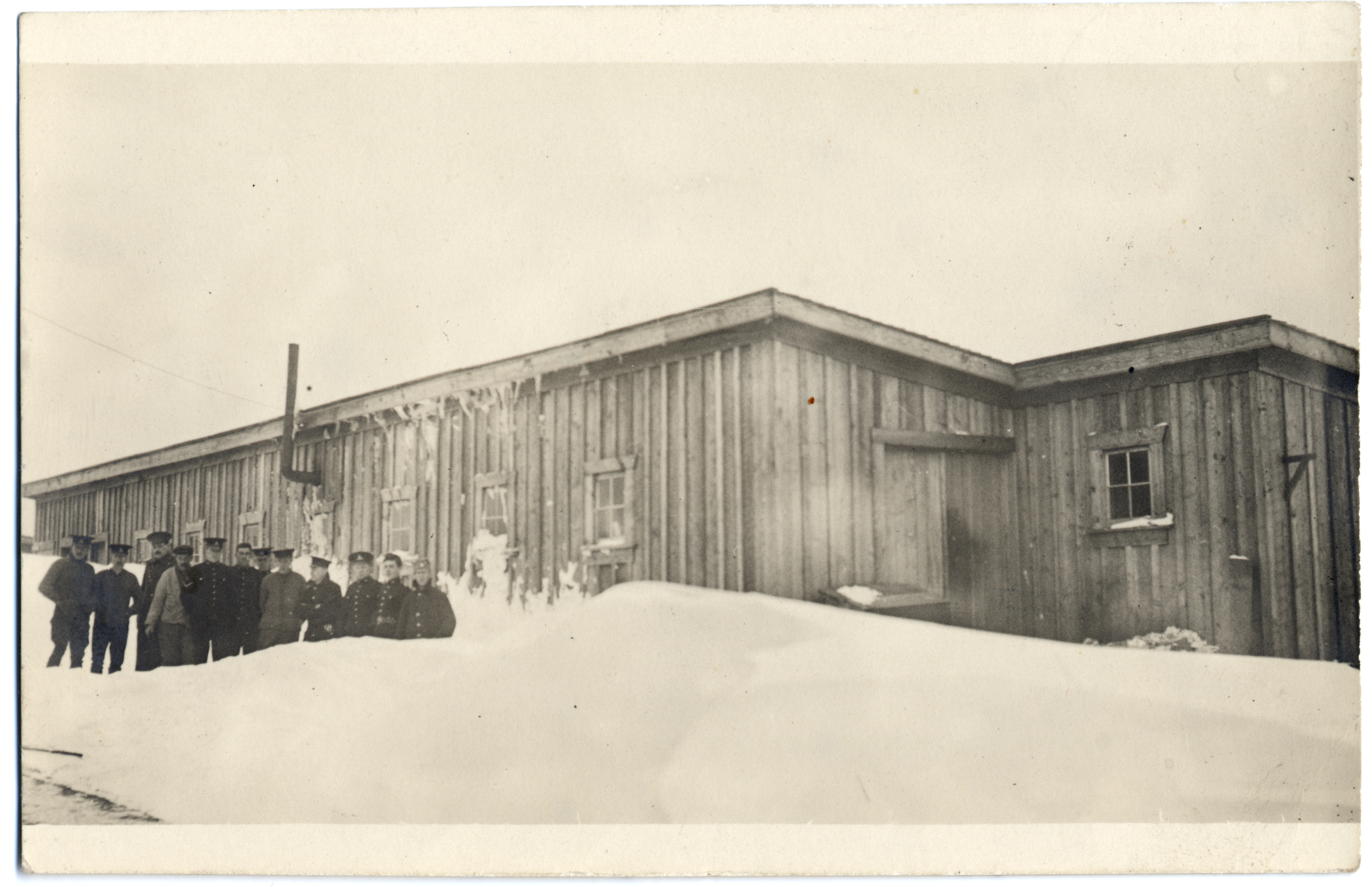 "The sergeant major got wind that I was a bit of a photographer and got me to take some snaps of snow-scenes." 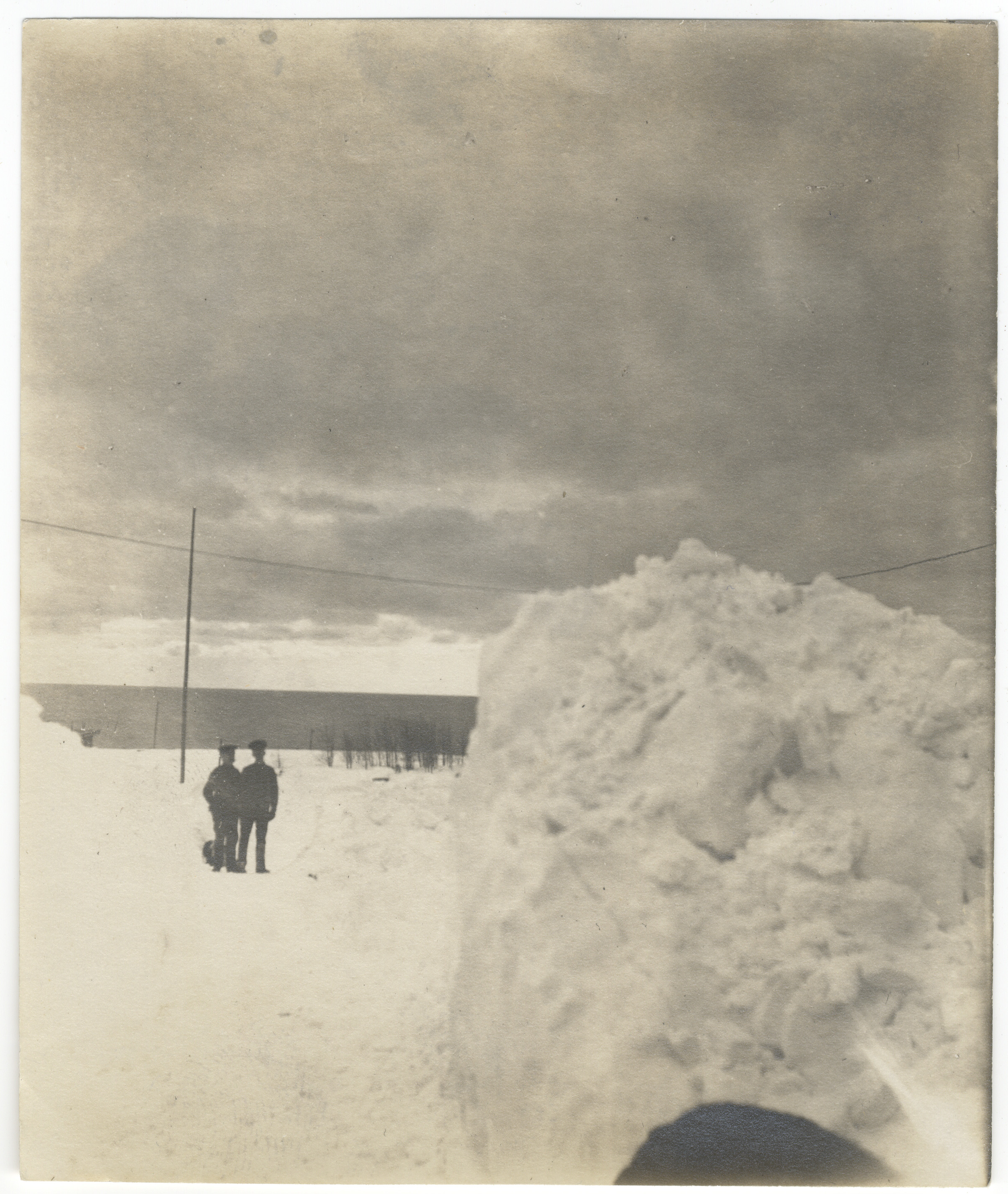 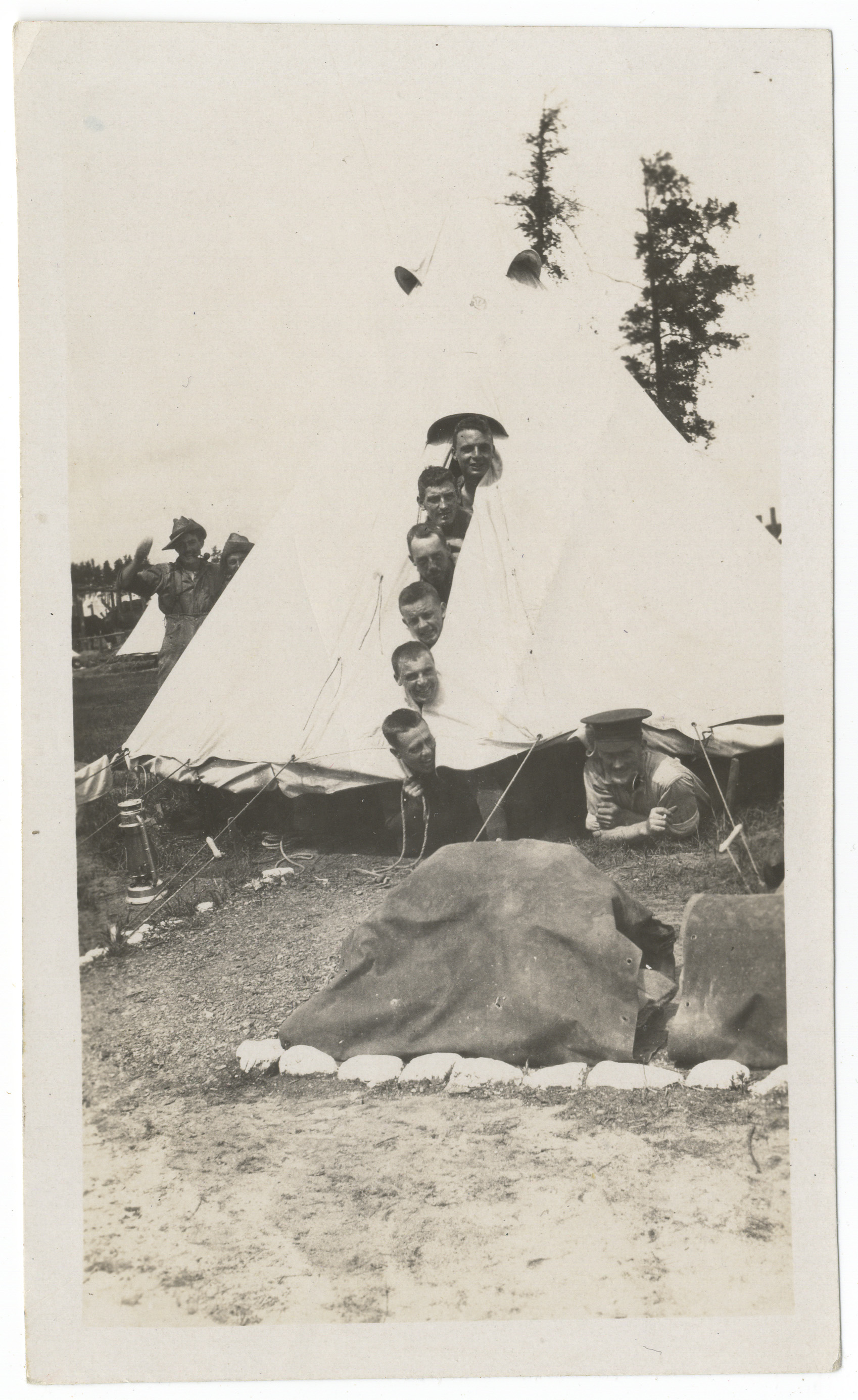 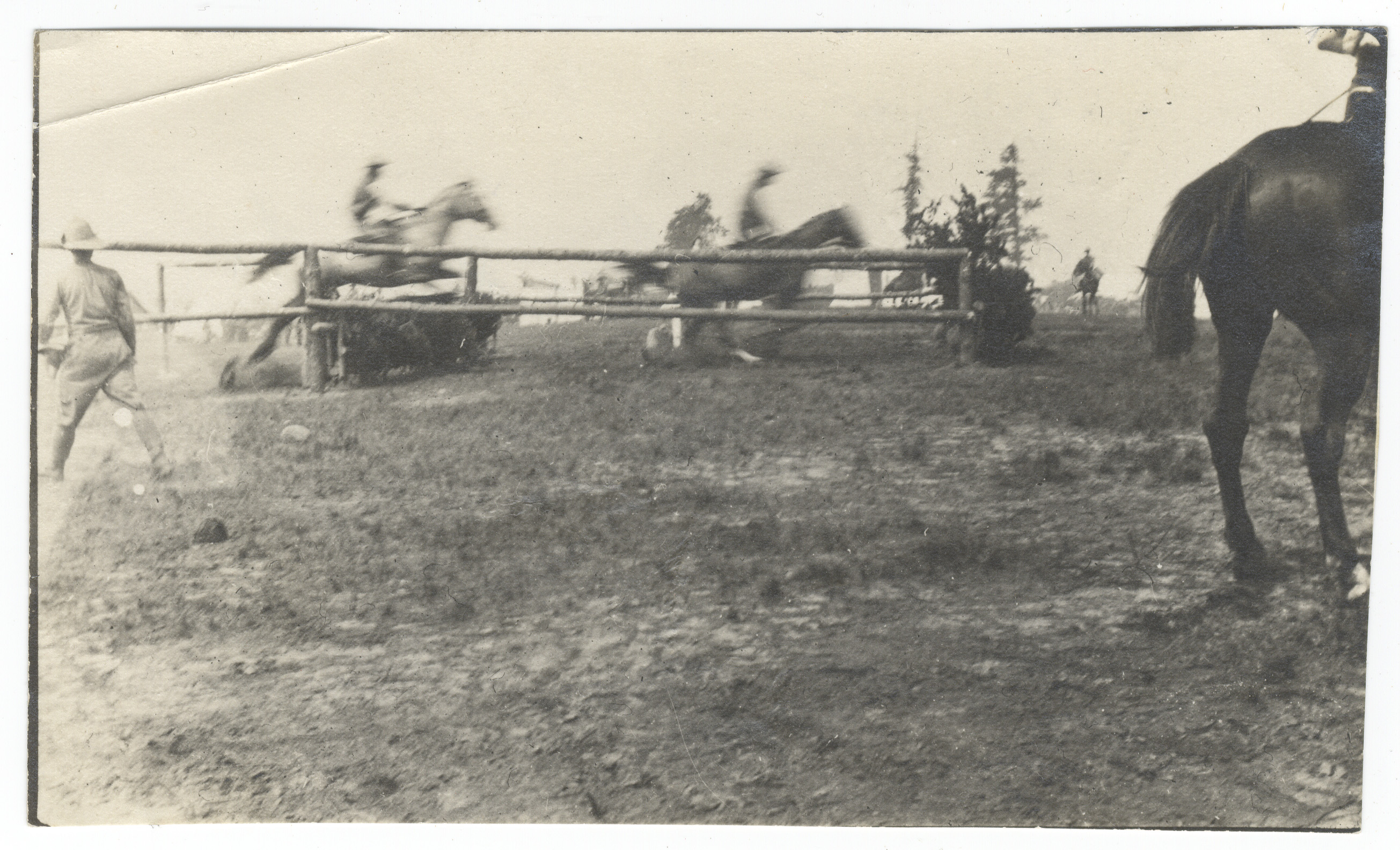 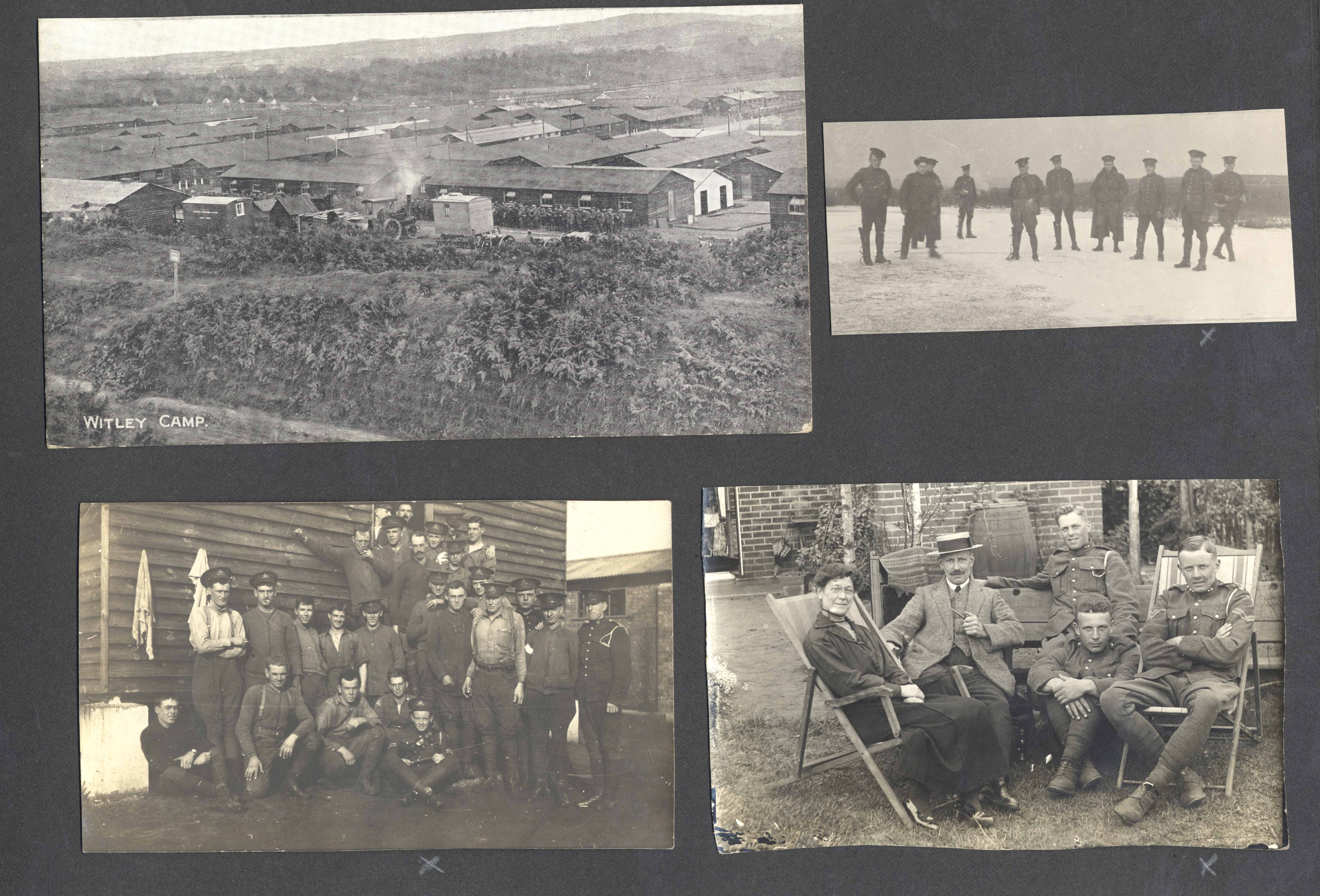 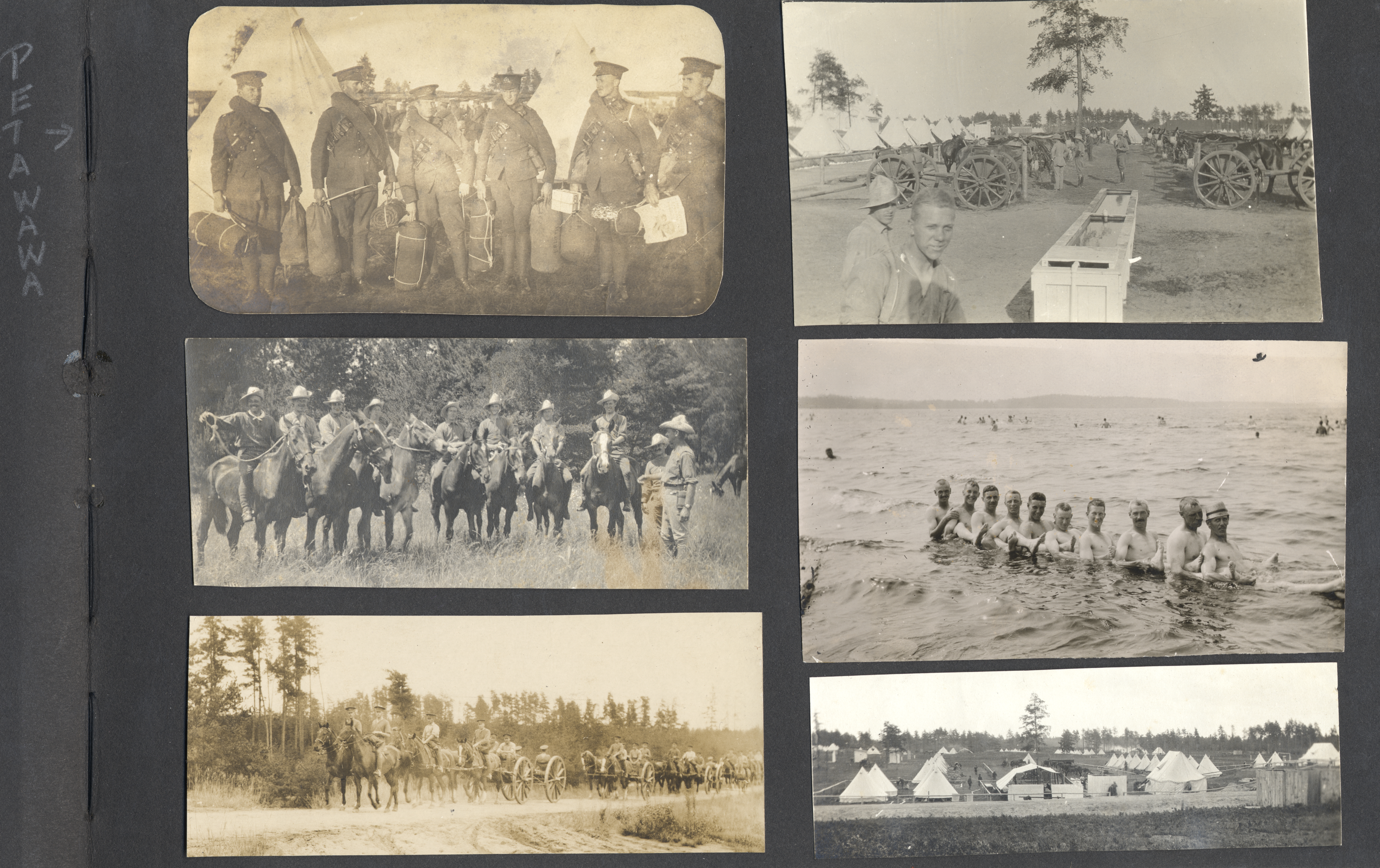 "It got so warm that all jobs around camp were called off and the boys taken to the Ottawa River for a swim."

"This morning we were called up at 5.30 o'clock in order to get everything ready to leave for Petawawa. We got our kits in shape and after getting a slice of bacon and bread we slipped out of camp. We packed our rolled coats, mess tins, water bottles and haversacks.

We were escorted to the boat by a band and when many blocks from the steamer we were engrossed in attention by numerous friends. It was with difficulty that the boys could extricate themselves. Without doubt it was the finest send-off Victoria has ever given her boys leaving for the front.

We all felt pangs of sorrow and regret when the steamer tooted her farewell whistle and we looked for the last time for quite a while into the face of ones we loved and admired."

Wills filled 8 notebooks in all during his time in the army. Once he arrived in France, his writing was more abrupt and includes brief lines about the weather, food, conditions . . .

fighting and, in rare instances, leisure:

"In evening went down to Marie`s [pictured  left] estaminet and had a whale of a time."

Newsman at the Front

Archie Wills started a troop newspaper, The O’Pip, or Observation Post, with two friends in his battalion, Mitch Inglis and Gordon Cameron.

The paper included a variety of humorous columns, cartoons, and photographs; news about camp life and camp sports.

It also served to report the serious side of war, listing casualties in their battalion.

November 11, 1918, Belgium: "Weather fine. Peace or armistice was proclaimed this morning at 11 o'clock. The church bells range and everyone was shouting 'La guerre fini, tres bon'." He goes on to describe celebrations and the troops' preparations for the march on the Rhine.

It seems a terrible irony that a worldwide influenza epidemic struck just as the war was nearing completion. Archie Wills was among the many soldiers stricken with Spanish Flu. He reports his experiences in diary entries starting November 17th.

"Weather cold with snow flurries. . . battery has orders to move off. The captain gave order that sick must go along. I could hardly walk. At 430 the battery started on its triumphant march to the Rhine. I started with a temperature of 101 F. Its going to be a wicked cold trip."

On the 19th he is finally taken by ambulance, then Red Cross train to No. 4 General Hospital where he is "doped and starved". Archie Wills recovers from his illness and returns to Victoria in the spring of 1919.