To gather seaweeds we must make acquaintance with the sea, and when we come to mount our specimens we shall be reminded by them of pleasant days upon the sunny shore ; of jovial boating expeditions ; of dangers we have encountered and escaped ; and of the deep impressions the sea has made upon our minds and hearts by its vastness, changeableness, and inexhaustible wealth of life and beauty.

– Shirley Hibberd, The Seaweed Collector: A Handy Guide to the Marine Botanist (1872) 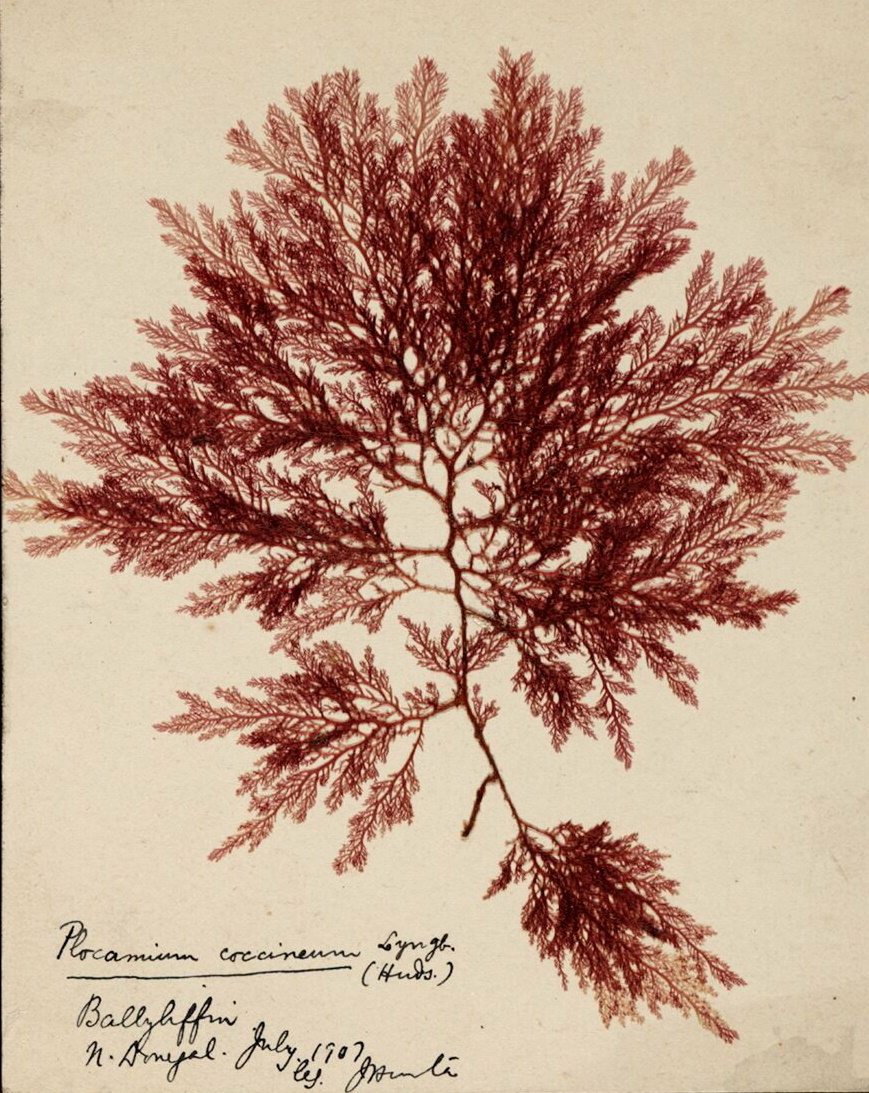 During the Victorian era, the work of naturalists such as Charles Darwin in England and John James Audubon in the United States influenced a widespread interest in the natural world.1 This interest found its way into collecting practices; inside of the domestic sphere of the home, it became common to find collections of taxidermy animals (birds were popular), fossils, shells, and pressed flowers.2

As interest in specimen collections grew, clear societal boundaries were set between the collecting activities of men and women. Middle- and upper-class men travelled around the country, and sometimes even the world, hunting animals and digging up plants for their collections.3 Neither of these activities were deemed appropriate for women or children—instead, they often clipped, pressed, and collected flowers.4

A pastime that escaped strictly gendered associations, however, was the collection of seaweed. Duggins explains that seaweed was thought of as an “ocean flower” and part of “the God-written poetry of nature” (119). Seaweed collecting was simultaneously associated with the “empirical rigour of natural history” and the “material voluptas of the decorative arts” (Duggins 119). Many people flocked to the seaside to collect these revered specimens, and their motivations ranged from scientific to artistic pursuits.5

Pictured to the right: A seaweed specimen from the Edward Morell Holmes Herbarium (created between 1849 and 1918).

Continue to next page: A Scientific and Artistic Pursuit

< From the Archives: The Kidman autograph albums A Scientific and Artistic Pursuit >