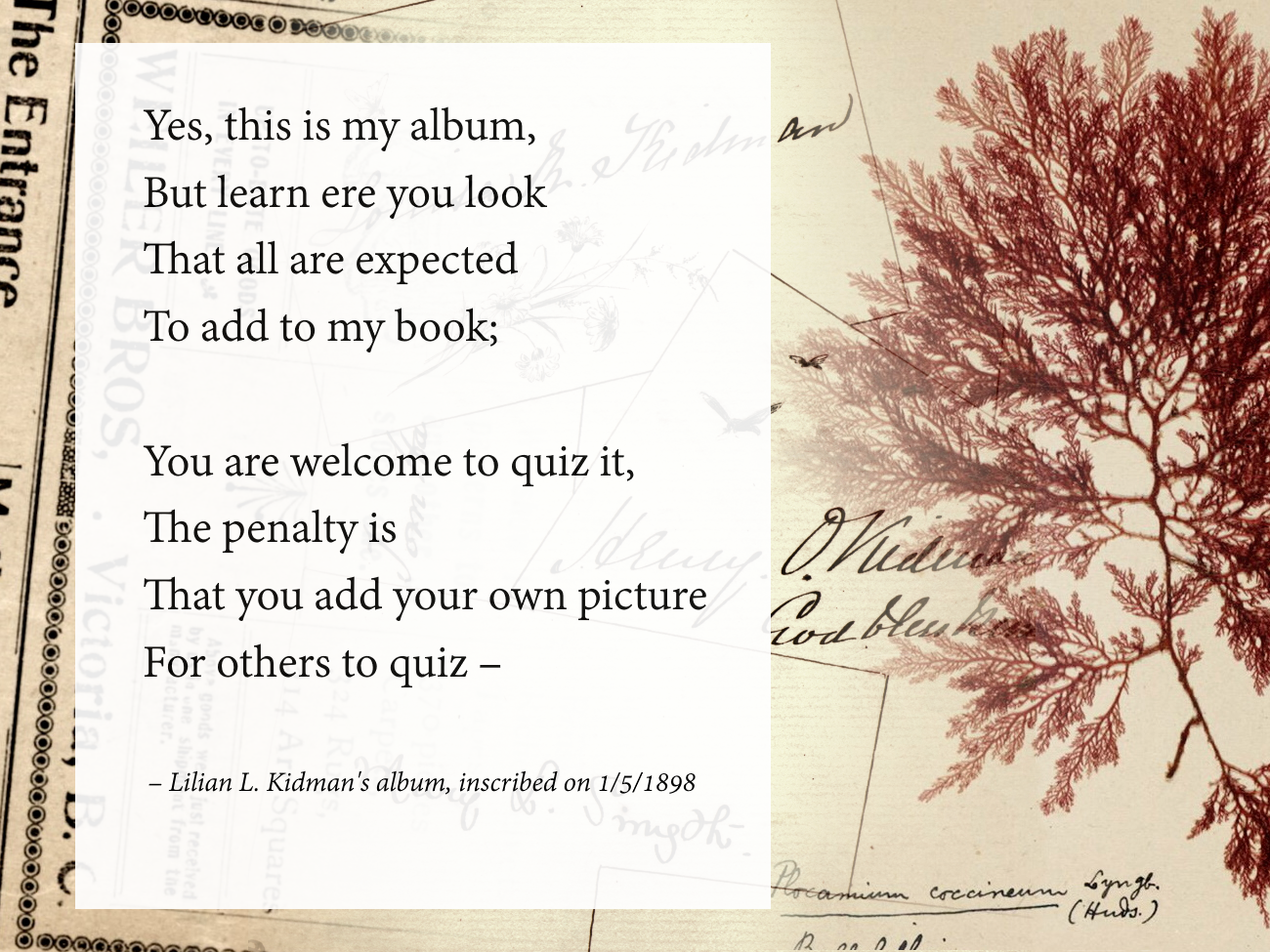 As discussed previously, the popular poem inscribed on the ownership page of Lilian Kidman’s autograph album reminds viewers that her personalized volume exists as evidence of past lives. Notably, on one of the last pages of the same album, one of Kidman’s friends includes another commonly inscribed poem that has a similar effect:1

Pictured above: Inscription from the Lilian L. Kidman Album: "When I am dead and in my grave / And all my bones are rotten / Take up this book and think of me / When I am quite forgotten."

This poem suggests that album creators predicted that their books would outlast them—that the permanence of these carefully compiled volumes would preserve evidence of their lives even after their names were “quite forgotten.” The popularity of scrapbooking and album-making during the Victorian era led to an impressive record of everyday lives. While many of these volumes have been lost, the scrapbooks/albums featured in this exhibit are just a few examples of the many others that have found their way into archives.

We hope you enjoyed this exhibit’s explorations of traditional scrapbooks, autograph albums, and seaweed albums. If you are interested in researching Victorian scrapbooks/albums further, we invite you to explore the following resources: