However, as biographies of Cash and Holiff have well documented, the show was an unmitigated disaster. Heavily addicted to amphetamines, Cash had been contending with severe bouts of voice loss for months; on the day of the concert, 10 May 1962, he took the stage to a packed house and could not sing. A personal and financial disappointment (later, Cash questioned Holiff about an outstanding hotel bill at the Barbizon-Hotel Plaza, asking if it had not been deducted from his gross earnings; in response, Holiff told him, "the receipts from the Carnegie Hall Show were not sufficient to pay the hotel bill"), the experience was a serious setback.

But both Cash and Holiff had tenacious personalities. Just over a month later, on 15 June 1962, Cash performed at the prestigious Hollywood Bowl amphitheatre in Los Angeles, which, like Carnegie Hall, was an unusual venue for a country artist to play. Again, Holiff planned big, calling the show the "1st Giant Folk Western Bluegrass Musical Spectacular" and putting together a lineup of performers that included the familiar names from the Cash show - Johnny Western, Gordon Terry, George Jones, and the Carter Family - as well as major country stars such as Patsy Cline and Marty Robbins and special guests Gene Autry and Lorne Greene. He even arranged a pre-concert cocktail reception at his apartment in Hollywood and commissioned publicity photographs that read "Souvenir of C & W Musical Spectacular, June 15, 1962, Hollywood Bowl, Compliments of Saul Holiff & Johnny Cash." 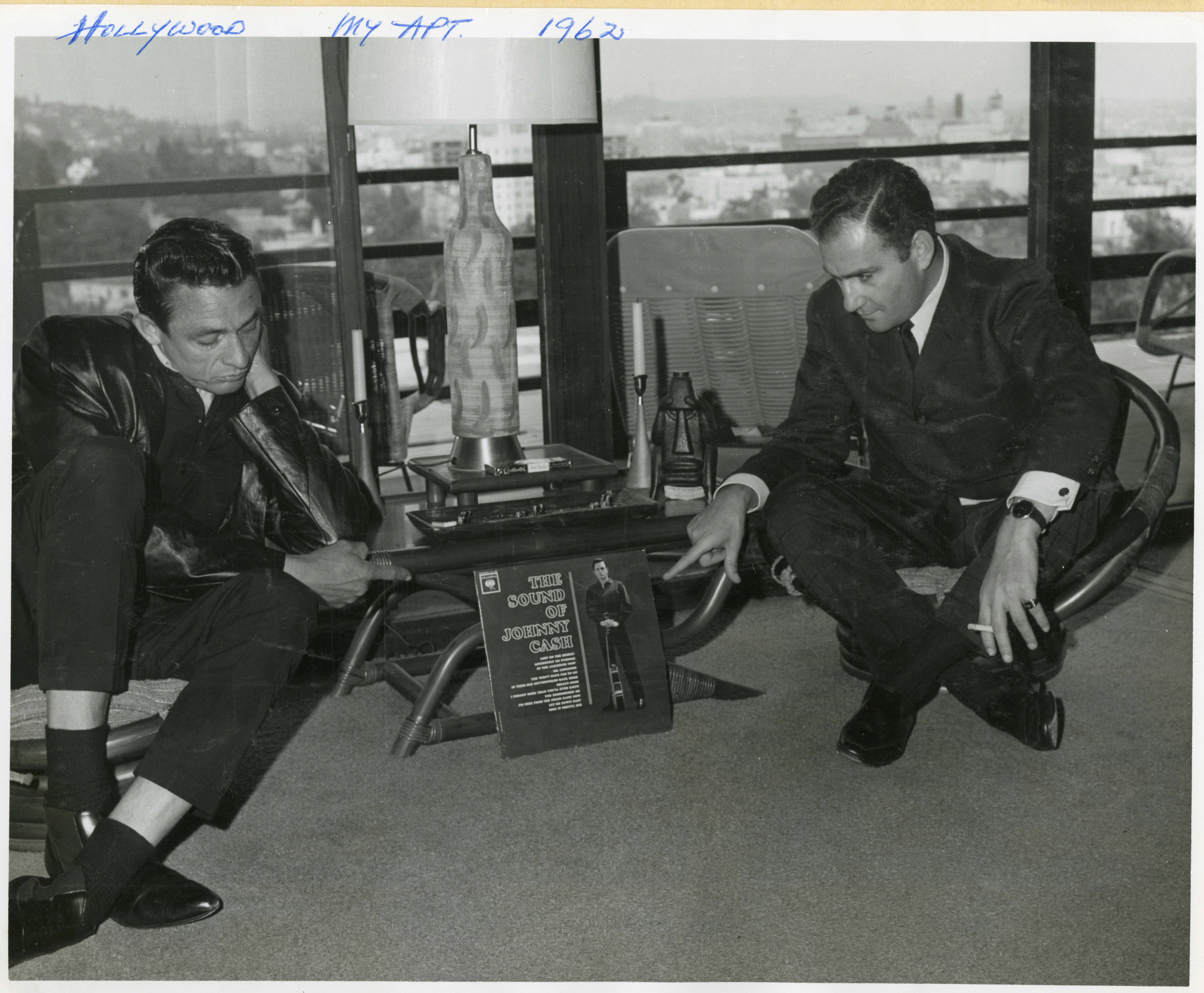 Saul Holiff and Johnny Cash at Holiff's apartment in L.A. before the Hollywood Bowl show, 15 June 1962

This show went much better than Carnegie Hall; as Holiff wrote to Barbara Robinson in the following weeks, despite awful weather, "the general opinion is that the show was a huge success. It looked well, the sound was great, and the timing left nothing to be desired."

Indeed, by some accounts, it seemed that things were improving. In July, Holiff wrote to Cash that he was
pleased with his recent performance in Daytona: "no temperament - hard, sincere efforts on stage regardless of the size of the crowd - - - This has been in evidence on practically all the dates we've played recently,
and differs drastically from last year. - - - A lot of newly-won composure and maturity - - - much easier to be with -- evident efforts to settle down and reestablish yourself at the top...where you belong."