Holiff--who, at this point, was managing not just Cash and June Carter but also the Statler Brothers, Tommy Hunter, and Debbie Lori Kaye--received industry recognition that year as well. He was the recipient of the Annual Gold Leaf Award (later to become the Juno Awards) for Canadian Music Industry Man of the Year for 1969.

The publication RPM Weekly published a letter about Holiff that stated, "His success has been gained through intuitive, intelligent, and respectful operations from his London, Ontario office. He has also shown that one can work on a major scale without migrating to New York, Los Angeles, or Toronto."

Cash himself is quoted in Canadian Magazine stating that "Saul's the best agent in the world. He handles all aspects of my career. I feel sorry for guys like Presley who don't have an agent like him."Other articles from this period, including an interview in Country Song Roundup, attest to Holiff's and Cash's status at this point in time.

More successes were in store for the year 1970.

Cash played a command performance at the White House for President Richard Nixon on April 17, an event that Holiff accompanied him to, and which Cash considered a major honour.

(Cash's decision to do the show polarized his fans, as Hilburn notes [384], and Barbara Holiff, an outspoken pacifist vehemently opposed to the Vietnam War, refused to attend with her husband.)

Holiff also negotiated a contract for Cash that put him on the big screen as well as the small one. In the summer of 1970, Cash filmed a Western in New Mexico and Spain with Kirk Douglas titled A Gunfight, funded by the Jicarilla Apache Tribe. They had achieved every marker of success that Holiff had envisioned in the early days of their association.

Finally, Holiff fielded offers from multiple publishers such as Simon & Schuster who wanted to sign a book deal for Cash's biography. They ultimately signed a contract with Dial Press for author Christopher Wren to write the book, which was published in 1971 as Winners Got Scars Too. 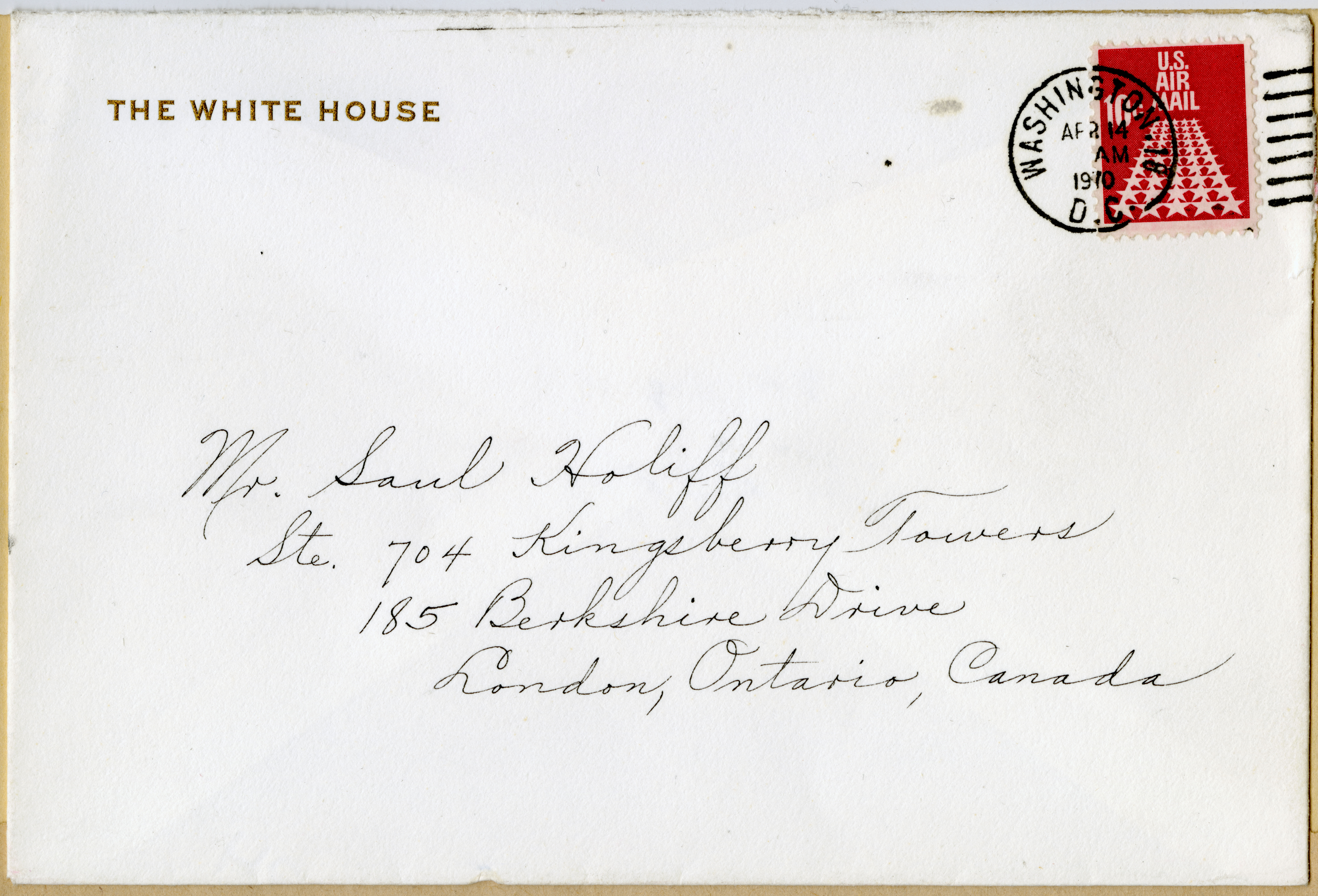 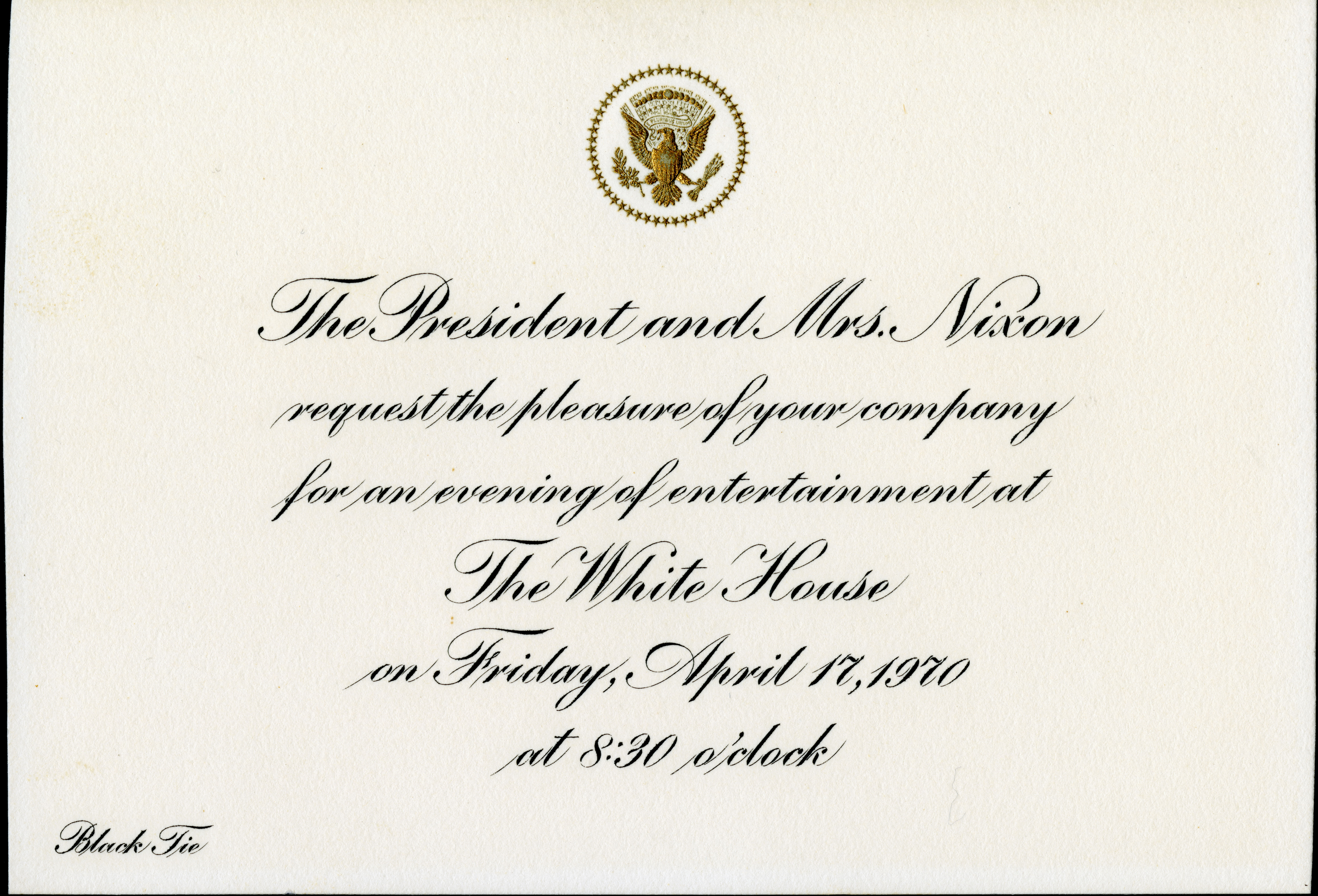 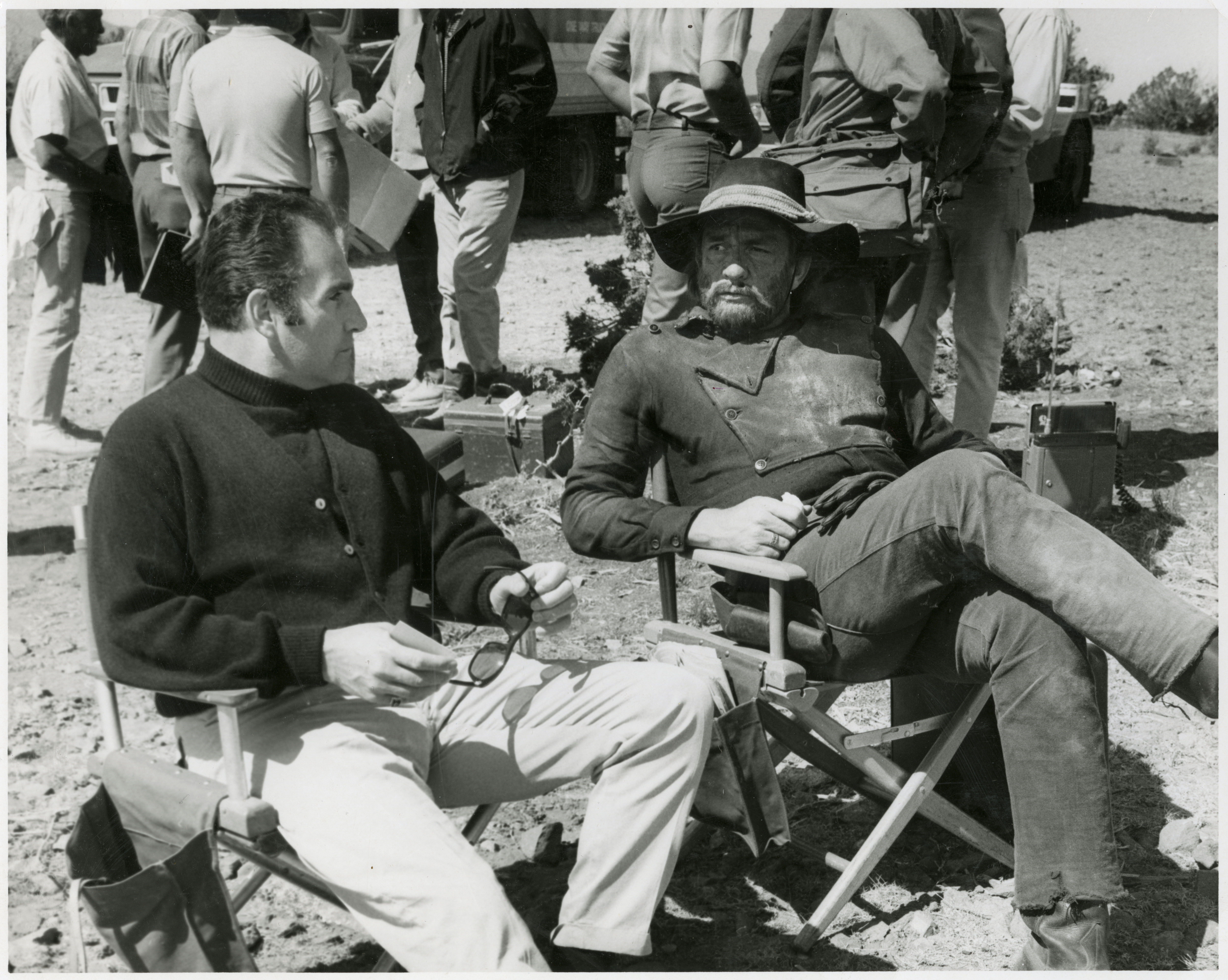 Saul Holiff in his office in London, Ontario in 1969

Winners Got Scars Too contains a lengthy description of Holiff's background and personality. Noting that Holiff "is in his fashion as thoroughly a showman as his client" (123), Wren traces their rise to success together ("When Saul Holiff started with Cash, the minimum for a show was $1,250. Now $40,000 to $50,000 is standard" [124]), as well as the trouble between them along the way: "The two men split up in 1963, 1966, 1967 and 1968, only to come back together again. But Holiff, who rode through some rough times with Cash, affirms his loyalty with a floor-to-ceiling blowup of the singer at Folsom Prison that dominates his office in Ontario. One promoter thinks Saul may be the best in the business. 'He knows what not to do, man'" (124).

Inscription in Winners Got Scars Too, 1970

Holiff's copy of the book contains an inscription from Cash that acknowledges the long, troubled road the two had travelled together:

Thanks for your help in making things different now. We've come a long way. Lets [sic] go on.

The year 1971 was also the year that Cash released one of his most iconic and representative songs, "Man in Black," which firmly established the title's interchangeability with Cash's name and cemented his iconic music persona.