One of the first major decisions Holiff made in his role as manager was adding a female performer to Cash's show. Holiff had been looking for a woman to include in the show for months (in September 1961, Cash instructed him to "[d]o whatever you want about this girl singer. I don't know her."), and he finally booked June Carter, one of the members of the iconic country music group the Carter Family, for a show at the Big D Jamboree in Dallas on 9 December 1961.

This was the first time Carter had ever performed with Cash, but it was such a success that Holiff wrote to her soon after to confirm her appearance at the KRNT Theatre in Des Moines on 28 January 1962 and the appearance of her whole family at the Carnegie Hall show scheduled for 10 May 1962. In a letter from 3 January 1962, Carter replied that she was "anxious to do this New York date" and would "discuss the management deal" with him the next time she saw him. 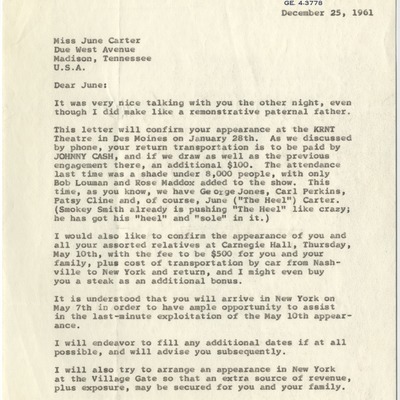 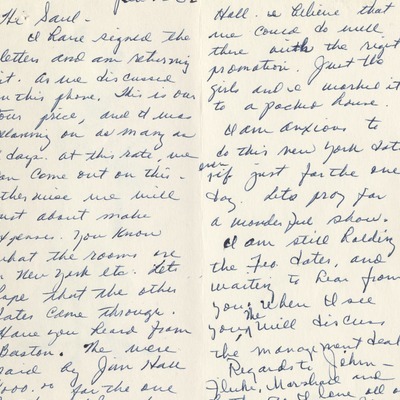 Holiff became her manager shortly after, and she joined the Johnny Cash show permanently. It was Carter, along with Merle Kilgore, who wrote the song "Ring of Fire" (1963), one of Cash's all-time greatest hits, and Cash and Carter became popular as a musical duo in the 1960s with hits such as "Jackson" (1968). 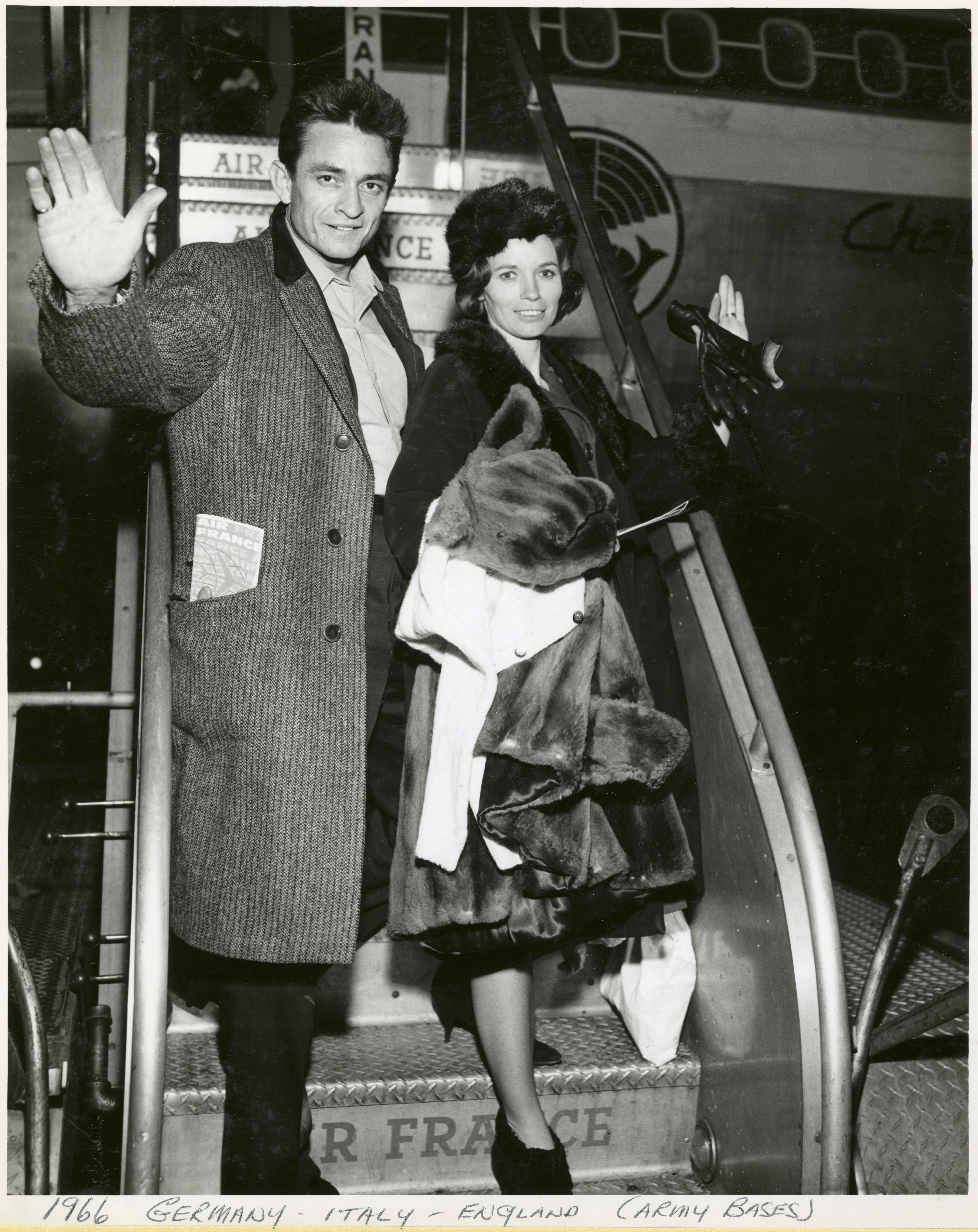 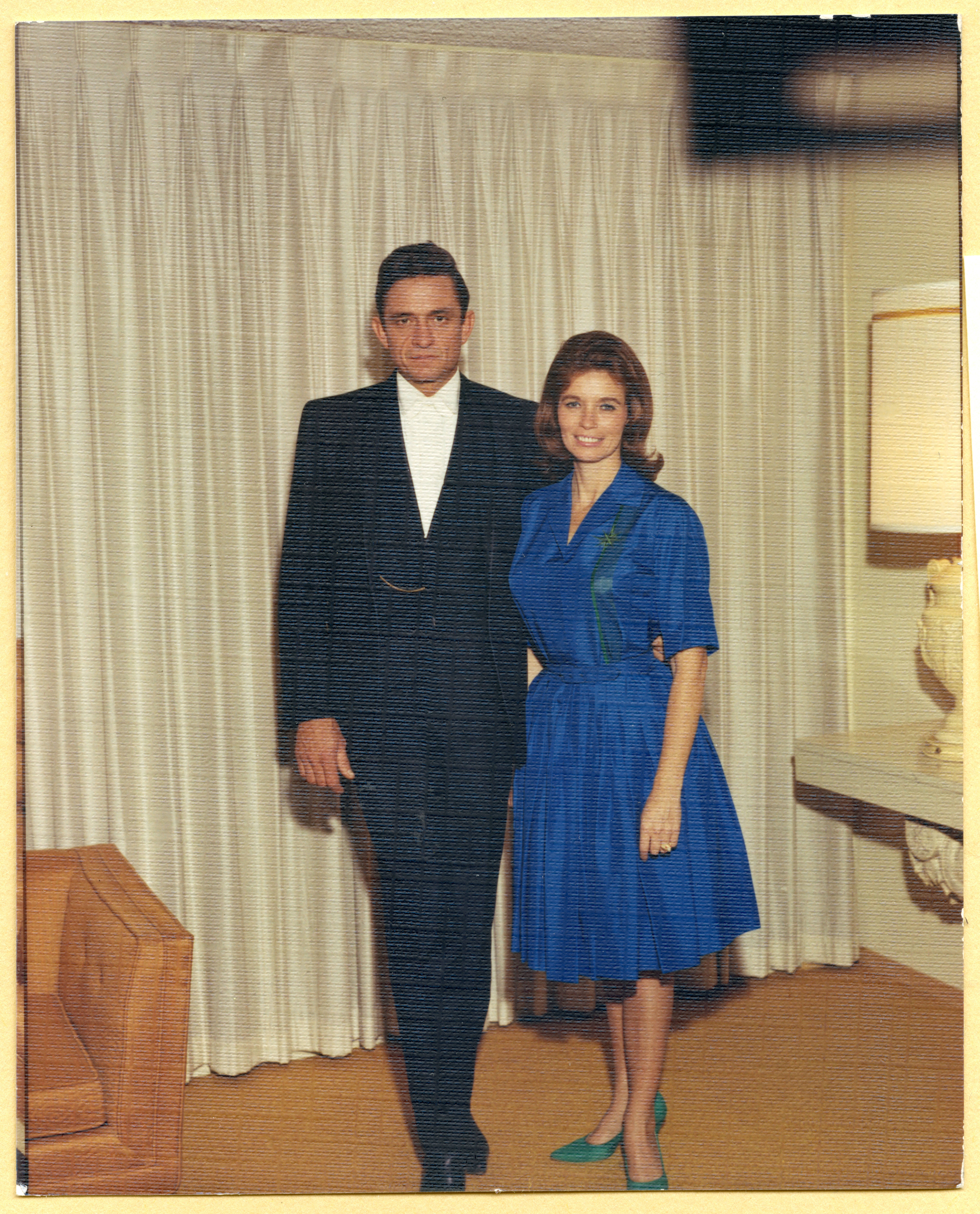 Watch Saul Holiff tell the story about booking June Carter for the first time in an interview clip from the documentary Half a Mile a Day (2000):

Saul Holiff on meeting Johnny Cash. Clip from the documentary Half a Mile a Day (2000), made available here for educational purposes according to fair use: http://rightsstatements.org/vocab/InC/1.0/.